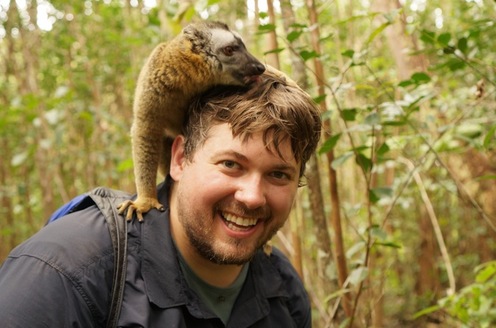 After jumping from hotel to hotel for almost four weeks, it was good to be in Madagascar. We were staying in the same place, sleeping in the same bed for four nights. Iran was far from what we expected, Madagascar should be more on point. We could relax and be a bit more comfortable from the get go.

Madagascar was one of those places that we’d always wanted to visit and we thought this trip would be a good time to do it. It also seemed like a place where we could prepare very little and just hire a guide when we get there. After meticulously planning 35 days for six continents and 12 countries in nine different languages, we were just plain tired of it. We did a little research on where to stay, found an excellent recommendation, and decided to ask the hotel owner when we arrived.

We knew we wanted to see lemurs on this trip, but the rest of Madagascar was a bit of a mystery to us. We arrived at the airport after midnight, transferred to the hotel, and quickly settled into bed; we told the hotel owner we would talk about planning over breakfast the next day.

Securing a driver was not difficult, our hotel had a list of them who were ready to take us anywhere we wanted to go. Since we had plenty of time here, we decided on an easy first day: let’s just see what Antananarivo has to offer.

Madagascar seemed very similar to Kathmandu: cars setting their own pattern and streets full of low rise buildings with vendors lining every inch. The main difference was the traffic; everyone seemed to stop in the middle of the road for something different. The only hope was that the car was small enough to go around, which with large 15-passenger vans masquerading as buses as the main transportation of the people, didn’t happen often.

We quickly saw one of the causes of the frequent stops: police checking almost every car on almost every corner. We eventually made it to the front of the traffic queue and was greeted by a young officer who was clearly asking the driver for his papers. He took a look back at the two (obviously tourists) guys in the back of the car and said something in Malgasy to our driver.

“Passports, he needs your passports.”

Mike normally carries his passport around; I normally do not.1 Today we both didn’t have them.

The driver waves us all out of the car and into a small building on the side of the road; his supervisor is waiting at a small desk inside a cramped room.

I pull out my wallet and hand him 20 euro.

We didn’t have two 20-euro notes, so we had to settle on giving him a 50-euro note. It was fairly apparent he wasn’t about to give us change.

We leave the small room, get back into the car and head back to the hotel to get our passports. At several points, the driver asked us to get out of the car and walk on ahead as to avoid further police checkpoints.

We spent the rest of the day touring post-colonization Antananarivo, seeing palaces and other sites special to the Malgasy. With passports securely in a pocket.

The only other time I’ve experienced something like this is in rural Mexico, but the moral of the story is to be ready for it. Our fatal flaw here was getting a bit too comfortable, a bit too relaxed with things, and we paid for it. From all assurances from our driver, if we’d had our documents on us, everything would have been fine.

I can’t tell you to always have your passport on you because honestly, I probably won’t. But if you have a secure way of storing it on your body (a money belt or something similar that goes under your clothes), it may be a good idea to do it. But the most important thing is to be aware of your surroundings and just get a good idea of where you are. In some instances, it may not matter, but in others it could be the difference between having and not having a 50-euro note.