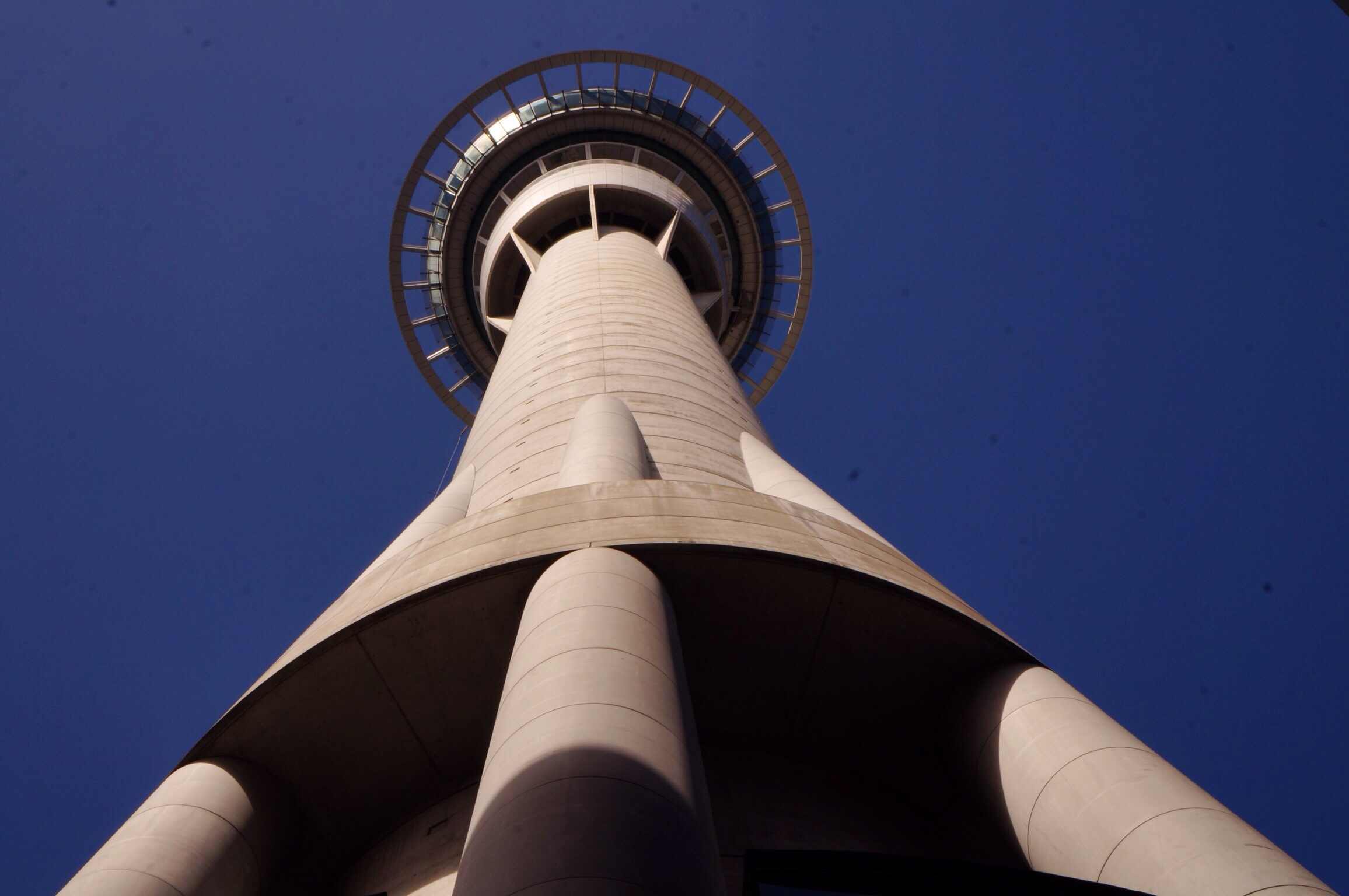 The first day of a trip is always a weird one. I’m lucky to not be dealing with any huge jet-lag problems (which is a blessing considering the 18-hour time difference), but often I do have to deal with expectation lag. Sometimes it takes a little while for my expectations for a trip to catch up to what’s actually going on.

For something like this around the world trip, you can imagine that expectations are fairly high. Usually I only have to deal with what I think about a trip (and sometimes what Julie thinks about a trip). But with us documenting where we’re going and what we’re doing as we’re doing it, there’s outside expectations that while I don’t necessarily live by, they are in the back of my mind.

I arrived in Auckland with these expectations at the forefront. “First day of the trip! Let’s get out and see and do and taste and smell and touch and hear everything!!” I made it to the Hilton Auckland around 10am and was lucky that they had a room open for me. 1 I spent about an hour in the room and then was out to find Adventure! (with a capital A and an exclamation point) wherever it could be found.

I’m trying to become less of a hotel-chain guy and trying out other methods of booking rooms. But as a jumping off point, it sure was nice to have a centrally located hotel. I had a general idea that I wanted to check out the Auckland Museum and see the Sky Tower, but with only one day here, I decided to get on one of the “hop on, hop off” explorer buses; it’d let me quickly see the city and it made stops at both of those locations.

I paid the $40 and then grabbed the brochure. In retrospect, I should have done those in reverse. I was right in my assumption that the two best things to see were the Auckland Museum and the Sky Tower. Besides the spectacular views of a city situated on two harbors, I was wrong in my assumption that there was much else to see. After driving by and seeing a rose garden (with over 50 types of roses!), I was happy to get to the Auckland Museum. The focus on the Maori culture2 was incredible and the volcanoes exhibit was spectacular.3 But, what I liked most about the museum was how evident that New Zealand took pride in its culture. There were several exhibits that were more mundane than others, but it all fed into this sense of identity for New Zealand. One of the best, was the Sir Edmund Hilary exhibit, a New Zealander, and the first (white) person to summit Mt. Everest.

I hopped back on the bus and sadly passed up Bill Clinton’s favorite market place in Auckland (because he visited it…twice) on my way to the Sky Tower, the tallest free-standing tower in the southern hemisphere. I decided to save my money and not go to the top, but it had some nice retail space, restaurants, and a casino (with the craziest rules in blackjack I’ve ever seen). I ended the day by coming back to the hotel, resting for a while and then deciding to wonder around until I found a suitable enough hole-in-the-wall place to have dinner. This was the best decision I’ve made thus far. Not because the food was especially delicious (though, it was pretty good), but because it helped me realize something: not every city is Washington DC or New York or London. Sometimes the value in the city is the city itself, it’s vibe. I walked around Auckland to tourists finding their way, to locals nodding and saying hello, to teenage street dancers, and to couples sitting benches staring at the harbor.

I began to realize that it wasn’t that there was something wrong with Auckland, rather there was something wrong with my expectations. What I wanted from Auckland wasn’t what Auckland was about. I was expecting a city teeming with monuments where dead white men did something important; instead I got a city that’s reflective of its Maori past, but also provides a safe and advanced infrastructure for its people. Auckland didn’t need to change, my expectations did.

I’m very lucky I took that walk around town and just took in the city. It helped me learn that while expectations are fine and they’re good for setting up a trip, that relying on them too much can often cause you to not enjoy something as much as you should. I finally was able to judge Auckland based on its own merits, rather than judging it as the triumphant beginning to a life-altering trip (“Eat, Pray, Love 2: Eating and Loving and Praying Morer”). I was able to solve my expectations lag for Auckland just in time; let’s hope it carries over for the rest of the trip.