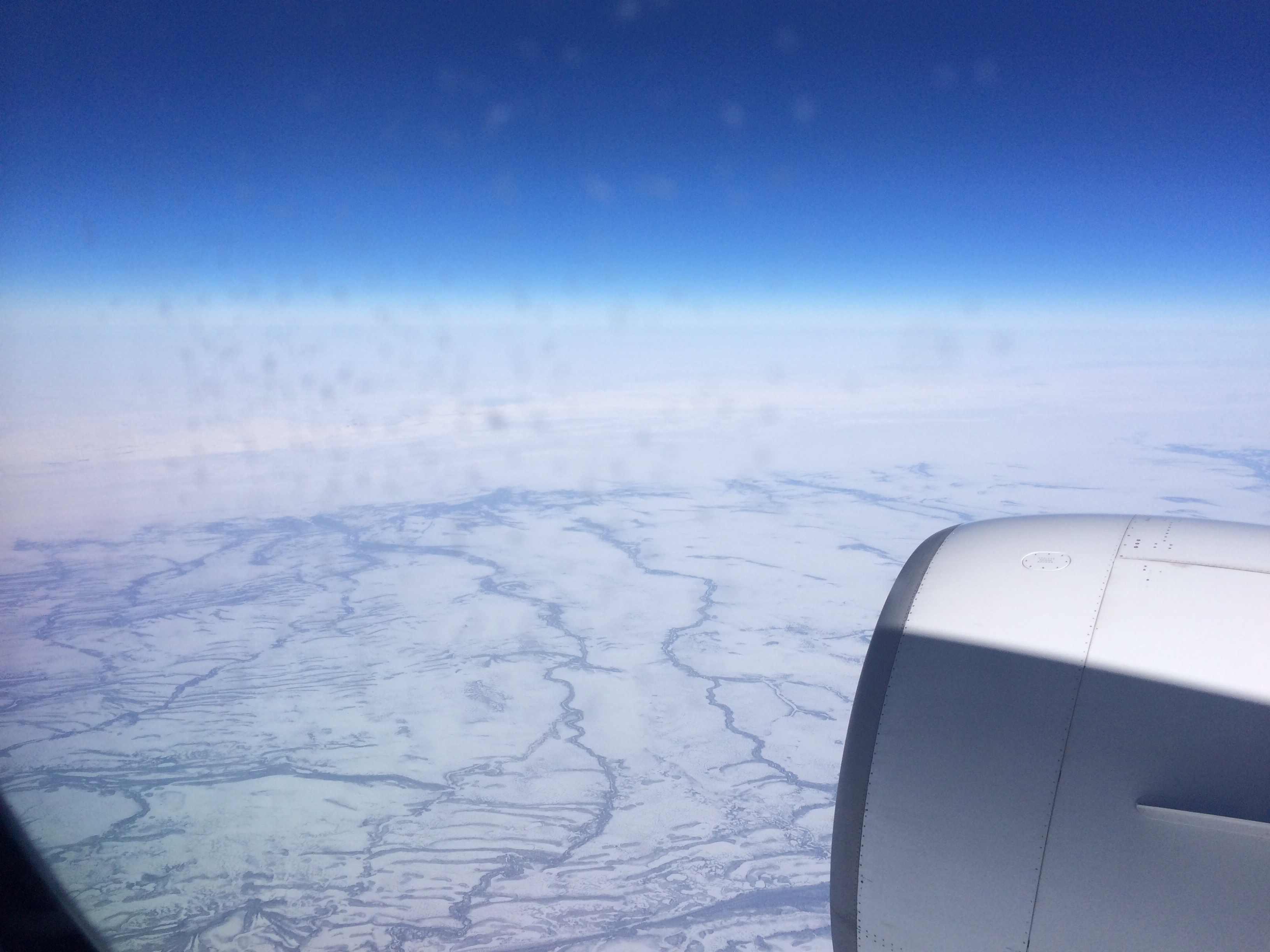 You know how when something is so far off, it’s easy to kind of take it for granted? This trip has been a part of my life for almost two years now, but the reality of it has only been with me for about a week. I needed to stop my mail from being delivered; I needed to set an out-of-office message; I needed to say goodbye to a lot of people that I probably won’t speak to until I get back.

I woke up Friday morning with those realities poking at me; I’m not a nervous flyer or a nervous traveler, but the sheer immensity of this trip makes you sit back and wonder how it’s ever going to get done. People talk about compartmentalizing issues in order to deal with them, I need to compartmentalize certain aspects of this trip. Everything is planned, everything is on track, but the schedules are so tight in so many places that if something goes wrong in one area, it could derail other parts of the trip.

With those feelings and about a thousand others, I began probably the most glamorous part of my journey: getting to Dulles. I’m pretty lucky to have relatively easy access to three major international airports: Reagan National is metro accessible, I can take a 30 minute train to BWI, and good old Dulles is connected to DC by the best of all of them: the 5A bus. The 5A gets made fun of because being on a city bus for an hour to get to an airport that’s 40 miles away makes some people cringe. Honestly, it’s almost easier than the metro. I hopped on the bus in Rosslyn and two stops later I was dropped off right at the arrivals entrance. Thankfully, the whole airport process went smoothly. I checked in, made it through security and was at the Air France lounge with about an hour and a half before my flight. The first leg of the trip (14-hour flight to Seoul, 40 minute layover, 12-hour flight to Auckland) would be brutal. The plane and my seat itself was fairly nice. I’m not one to usually fly in business class, but I’m thankful I did here. As you’d expect, the food is nicer, the booze is free, but the main reason for doing it in business were the lie-flat seats: seats that recline back a full 180 degrees, to allow you a flat surface to sleep on. It’s no bed, but with all the red-eyes I’ve taken in my lifetime, it was a Godsend! A little after noon Eastern time on February 28, Korean Airlines 94 left for Seoul. And I left with it.

Because of the curvature of the Earth, the flight actually goes north to get to Seoul (instead of west, as you’d expect it). That meant two things: some spectacular views of frozen oceans and zero darkness. Light the entire time. I left Dulles at noon on February 28 and 14 hours later, arrived in Seoul at 4:40pm on March 1 not having seen the sun go down. Fortunately, this made one of the most brutal parts of this trip a little bit more bearable. With a noon departure on February 28 and an 8am arrival in Auckland on March 2, we decided that the best thing to do would be stay up for the entire Dulles to Seoul flight and then try to sleep on the Seoul to Auckland swing. The theory was if you stay up for the first flight, it’ll really only be around 3am Eastern time when I arrive in Seoul. I could then sleep the 12-hour flight to Auckland and wake up when I landed at 8am, hopefully jet-lag free. With the sun out the entire time (and really, really bright, I might add), the plan worked to perfection. I hopped on the Auckland flight exhausted, got a good seven hours of sleep and I’m now ready to get out there and see the city.

There will be bumps along the way. But there’s no reason to be afraid of bumps; I’m prepared to deal with them. This trip will be two parts amazing and one part exhausting. That sounds like the perfect cocktail to me.