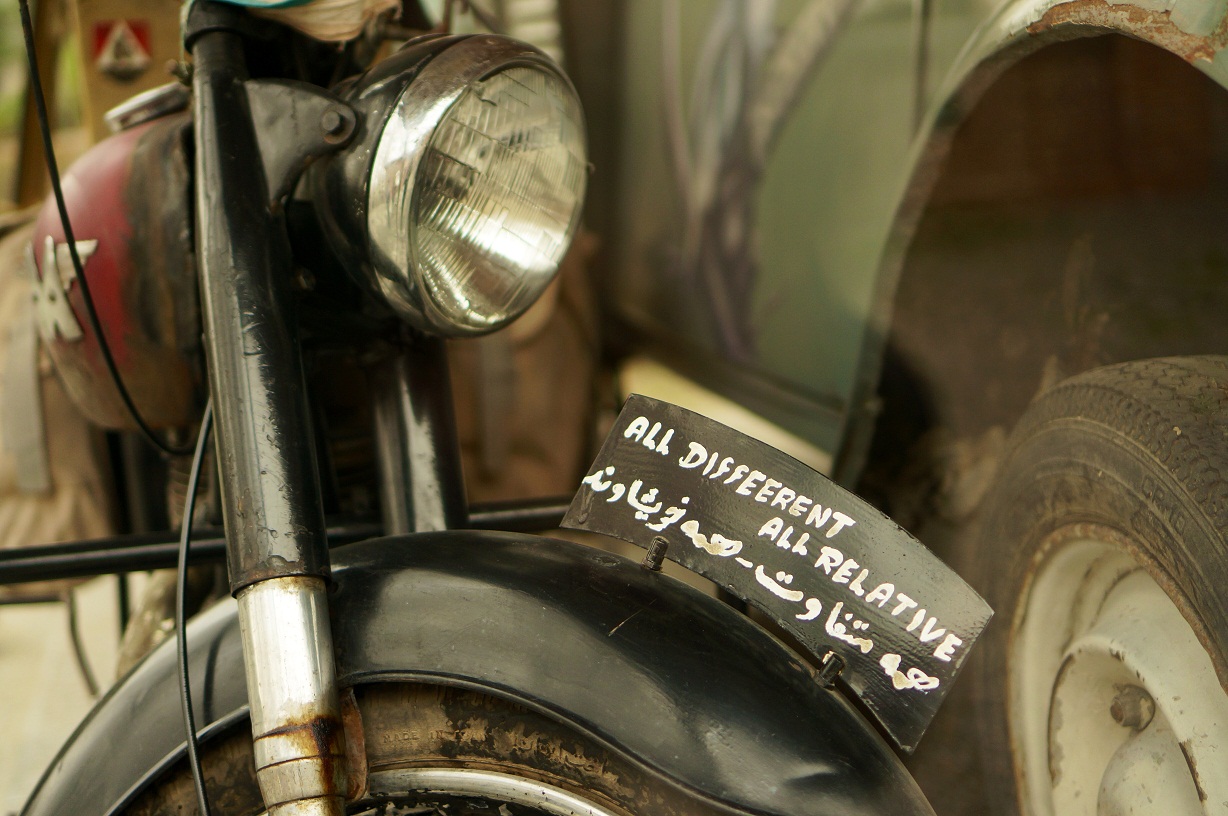 It’s difficult to place Iran into context within the rest of our trip. Tourists visit Australia, Nepal, and even Bhutan, but the idea of going to Iran was completely different. We needed to reconcile not only our families’ and friends’ expectations for this swing of our trip, but also our expectations for it. When we have a leader that explicitly labels a place as evil, how do I even begin a conversation about going to that place? How do I reassure people that it’s OK to visit there? How do I reassure myself?

We scheduled a visit to Iran on this trip not only because it was a place we wanted to see, but also because it made logistical sense. Since the U.S. has no diplomatic relations with the country, the process of getting a visa and booking a flight made more sense in the context of a larger trip, than one specifically for it. And to be perfectly honest, going to a place not that many people had experienced was particularly appealing to me. We have experiences for ourselves, but we also have experiences so that we can share them with others. The thought of being able to tell people– first hand– about life in Iran held some kind of sway over me.

Expectations are a funny thing. They exist, but only temporarily. And they’re neverendingly in flux. They’re constantly molded by new information, by changes in what we want, or by actually experiencing the thing we expect. Sometimes we place a false kind of hope into these expectations–think of the way that you rehearse talking to that girl you like and how you expect her to respond. And sometimes we expect the worst, so that when it happens our expectations are either met or exceeded.

The first thing we did when we entered Iran was wait; wait in a long line for customs. Several people stood in front of us with passports of different colors, but there were only two who held passports with that unmistakable dark navy color. One by one, people filtered through this bottleneck and one by one they all made it through. Until Mike made it to the front.

Things were immediately different as soon as Mike handed the customs agent that dark-blue passport. A different tone, a different timber took the air. I stood– next in line– watching the whole thing unfold. Everything was a bit more formal, a bit more deliberate. After about five minutes, the agent took Mike off to the side and asked if I could come up to the booth. Similarly, I handed him my documentation and similarly, he pulled me off to the side to join Mike in some kind of customs purgatory.

Different agents looked at our passports and each handed them to someone who was clearly more senior. Eventually the chain ended and we were asked to step into a small white room in the back of the area. In it, stood an older-model Windows computer attached to scanners that were clearly meant for fingerprints. An agent asked Mike to come forward. In a blend of English and Farsi, he was fingerprinted and his documents were checked, not only against every database the computer could throw against it, but also for every stamp in his passport.1

As the agent asked me to come forward, it was clear that based on the information he’d gotten on Mike, his tone had changed; it was a bit different, a bit lighter. He quickly ran through all the information he could find on me, but as he handed my passport back there was a kind of a knowing smile. A nod to the fact that he wasn’t sure why we would want to put ourselves through this, but everything had checked out, and he was fine with whatever it was we were doing.

We sat in a central waiting area as officials looked through the information that agent had gleaned. After several more minutes, the agent who was clearly in charge waived us over. With a big smile on his face, he gave back our passports and held out his hand:

We filed out of customs, rode the escalator down to the main terminal and approached the exit. Waiting with a “Jordan Wadlington, Michael Turner”2 sign, a young, Iranian man, with rimless glasses and hair down to his shoulders waived us over What followed over the course of the next three days was stunning. Our expectations were completely shattered. We didn’t expect to be treated poorly, but we didn’t expect to be treated as we did: as old friends visiting after a long period away. The people we met, the people we saw, all greeted us with a mix of humility and wonderment; a general air of acceptance and awe. Who were these Americans that took the time to see how we lived?

I have so much to say about Iran, so many examples of kindness and goodwill that I could write another thousand words over it. But instead of doing it now, I’m going to support what I’ve said here with examples in the coming days. Any fear, any worry, I had coming into this trip evaporated when I actually met the people. I just hope that I make that clear over the next few days.

In 1954, Issa and Abdullah, two Iranian brothers, set forth on motorcycles from Tehran to see the world. After seven years of crossing the burning deserts of Africa, the dense forests of the Amazon, the harsh climate of the Antarctic, and the vast expanses of Asia the two brothers returned home to Iran. They’d seen everything, met with everyone, and came to a satisfying conclusion: “All different, all relative”.