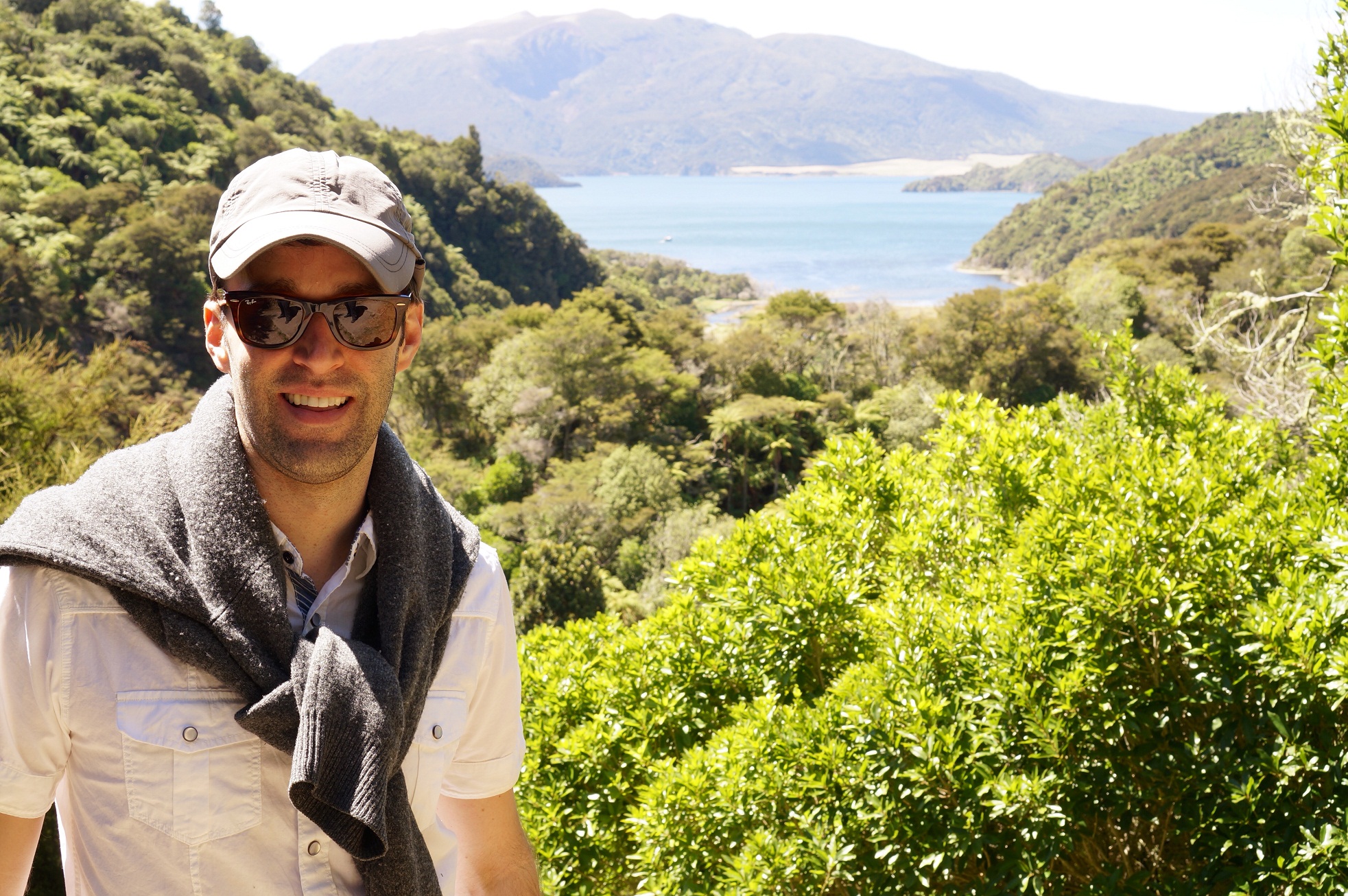 New Zealand is a country that’s relatively new. Not necessarily politically, but geologically. That’s an odd thought. When we talk about a country being new, we mean the government was just formed. But that’s not true of New Zealand. Because of the crazy amount of volcanoes and geothermal activity, the country is constantly reforming itself into something new. The middle part of the country–between Rotorua and Taupo– is especially evident of this. It’s literally teeming at the seams. Mountains block the horizon on all sides, volcanoes loom over every day life, plumages of steam escape from the ground like a tea pot finally boiling. The middle part of New Zealand is as unique an area as I’ve ever seen. Mike and I spent the bulk of this day in Waimangu Volcanic Valley. Much like New Zealand itself, Waimangu is an infant in life terms; it wasn’t created until Mount Tarawera’s eruption leveled the area. Because of that, it carries the tag of “the world’s newest geothermic system”. The valley itself is spectacular: steam hisses from rips in the ground, boiling lakes line the hillside, Mount Tarawera itself rises over the valley as a reminder of what once happened and could happen again. The entire park offers a six-kilometer hiking trail and a forty-five minute boat ride around Lake Rotomahana. The hike itself was like exploring a different planet. Frying Pan Lake was the first stop and highlight of the walk. Seen from a distance it looks like a normal lake in the U.S. on summer mornings: it appeared as if a thin layer of water was evaporating up from the early morning sun. But as we got closer, it became very evident that this was something entirely different. The heat causing the steam wasn’t coming from an external source like the sun, but rather internally. The water was literally boiling from a heat source deep below the surface. The closer we got, the more heat we could feel emanating from it. To top it all off, steam wasn’t just coming from the water itself, but also from the ground and from the rocks lining the lake. When I’m on solid land, I get the sense that there’s nothing below my feet but more rocks and dirt. Everywhere you stepped in Waimangu, it felt like a volcano ready to go off, as if one wrong step could cause an eruption. I didn’t feel like I had to lightly walk around the park, but it’s never far from your mind what’s right below you. The boat ride around Rotomahana gave off a similarly eerie feeling. No matter which way you turned, you couldn’t escape Mount Tarawera and the gaping crater on its side. While the lake itself wasn’t steaming, it was lined with plumages of steam and geysers, all of which seemed intent on taking over the lake at any moment. After we left the park, we visited some of the other sites in the area: saw (and smelled) the boiling mud pits and relaxed ins some of the hot springs, before heading down to Taupo for the night to stay with our next couch-surfing host. Couch surfing in Taupo was not as literal, our host had a room with two twin beds for us. After a long day of hiking, getting to sleep in a bed was a sight for sore eyes (and feet). Taupo and Roturua are constantly being reformed not by politicians with their promises, but by much stronger forces below the surface. New Zealand is a resilient country, when something erupts or changes, the people adapt and rebuild as necessary. That’s the New Zealand way, it’s a country that continues to remake itself, it’s constantly new. The Auckland Museum discussed that it’s only a matter of time before a big eruption wipes out the city. When that day comes, it’ll be a disaster of proportions never seen before. But from what I’ve seen and the people I’ve spoken to, New Zealand will persist.