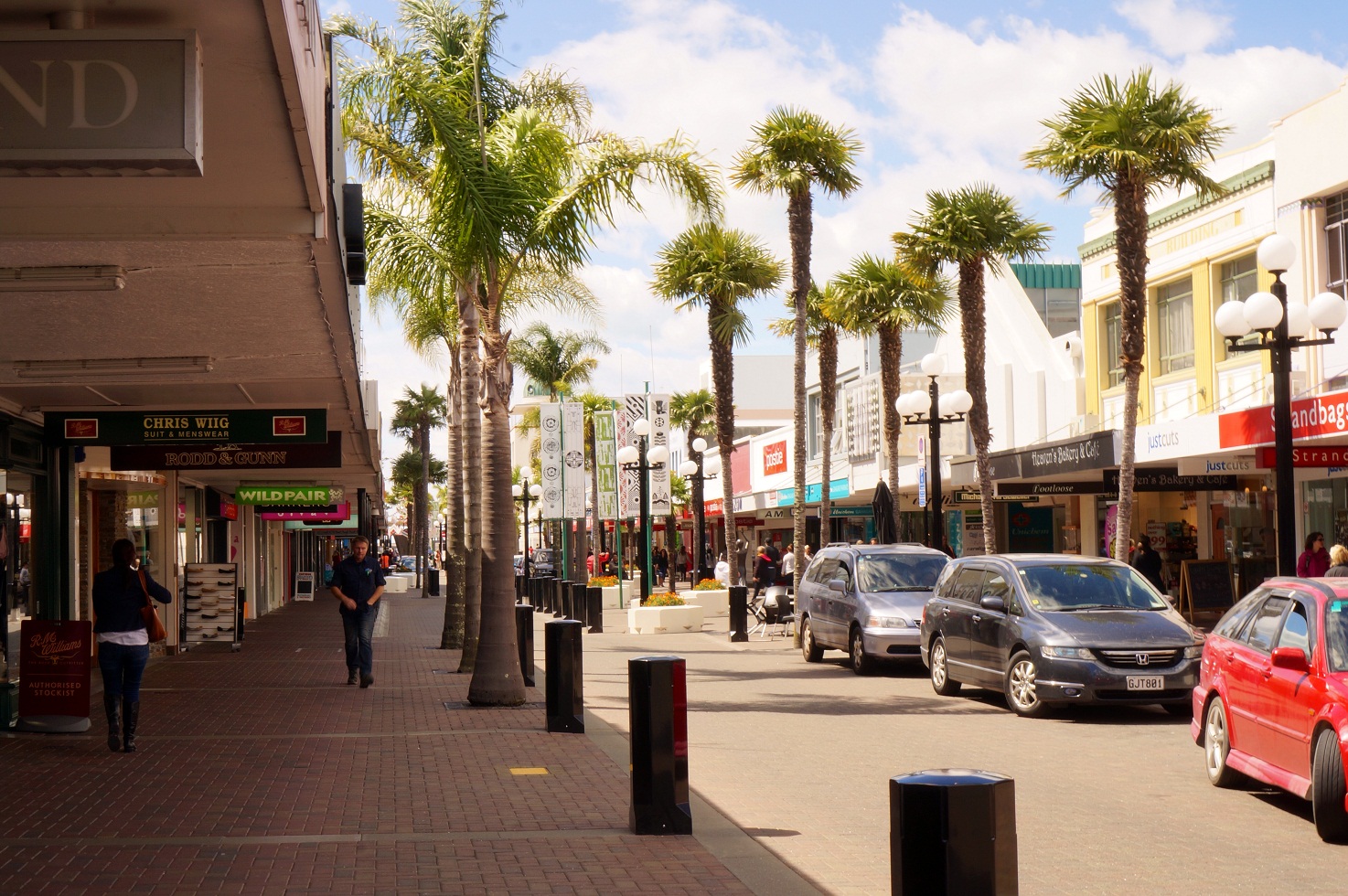 The drive from Auckland to Wellington is pretty heavily front loaded when it comes to sights. We knew this starting out; it was one of the reasons we briefly considered flying around the country. But with the total drive time only taking a little over eight hours, we made the call to go ahead and rent a car, spend the majority of our time on the northern part of the north island, and then just knock out the four-hour drive from Taupo to Wellington on State Highway 1 all at the same time.

The best part about having our own car is that those plans can change! Our host in Taupo quickly told us that we shouldn’t take SH 1 all the way down, instead, we should cut over east to Napier and then head down to our host for the next night. We didn’t even hesitate, it would add a bit more to the driving time on the trip, but the opportunity to visit one of the most beautiful areas of the country was tough to pass up.

We’d been told the drive down SH 1 after leaving Taupo was pretty barren, but the drive to Napier was more like the one from Auckland: incredible scenery that varied from rolling hills to volcanic peaks, which opened up into a bay of water. We took it all in as we drove, but our main destination was the city on the Pacific.

Arriving in Napier, the views were beautiful, but it was clear that while this town still had tourists, the majority of people milling about were locals. Napier’s architecture is firmly rooted in Art Deco, with Spanish influences. It gave the entire city a much more distinct look from the rest of the country.

Getting out of the car seemingly confirmed much of the same: this was a city firmly rooted in every-day life, not one that catered to the every whim of any tourist that stopped by. Napier’s main attraction (besides it’s stunning views of the Pacific) was Train World and Lilliput. Two working model train constructions that while interesting in context, could hardly compare with bubbling mud pits and boiling lakes.

The further into the city we got, the more the more charming Napier became. The advertisements, the movie posters, the architecture, it all seemed to be perpetually stuck in an alternate past. We walked into a bakery for some meat pies and was able to purchase lunch for $5 (when we’d been spending closer to $20 in other cities). But while eating that meat pie, I began to come to a realization: I was really enjoying this. The people, the atmosphere, the markets, they’re so different from everything else we’d seen thus far, that just the contrast itself was exciting.

With a renewed sense of purpose, we decided to take advantage of the lack of tourists and go have a beer with some of the locals. We found a little pub, ordered a beer and chatted up the bartender for an hour or so. She was able to suggest many more things for us to do, including a drive up to Mount Te Papa’s peak and having a beer in some of the other smaller towns. We’d told our hosts for the night, we’d be at their place around 6:30 and while there was much more small-town sight seeing to do, we reluctantly had to leave the Hawke’s Bay area, if we wanted to make the two-hour drive to Palmerston North to meet our deadline.

Luckily, what we were coming into was very similar to Napier. Our hosts for the night lived outside of the city in a fantastic farm house, equipped with nine miniature ponies. Their kids had left for college a couple of years ago, so they’d began giving out their rooms to couch surfers. We’d been really lucky with all our hosts thus far, and this was no different: not only did Mike and I have separate beds, we also had separate rooms!

After dinner at our hosts’ favorite restaurant in town, they took us over to one of their friend’s houses for a nightcap and some conversation that ranged from American politics to earthquakes.

If all of this sounds very similar to an experience of your own, that’s because it is. There’s been countless nights in Eddyville, Bowling Green, and Tallahassee, where we all went out to dinner and then headed back to someone’s house for talking (or music). Sometimes as I go around these areas and see nothing but the cities, it’s really tough to remember that there are actual people living here. In much the same way as I have a life outside of the tourists traps of Washington DC, New Zealanders have lives outside of the tourists traps of their country.

This was something I, of course, knew, but hadn’t really internalized. Just like the US, culture and people exist outside of the large cities. When going to a country and only seeing the sights in a guidebook, it’s difficult to remember that. But, when you get out of the bright lights of the city and get under the bright stars of the countryside, it helps put things in perspective. I may not want to spend all of my trip in small towns, but just the contrast between them and big cities, makes me wonder what I’ve missed in other places I’ve been to.