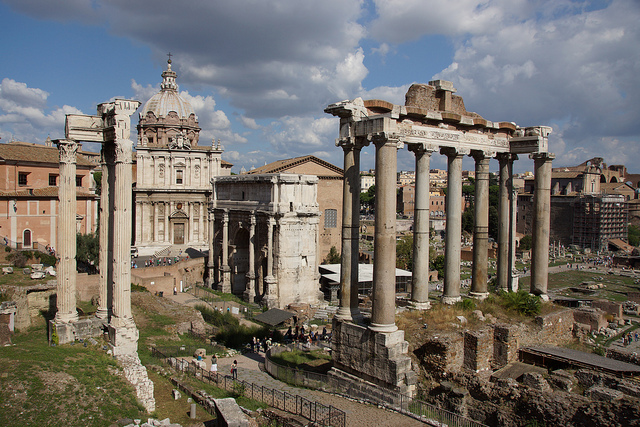 “OK, then let’s get this figured out.”

We were close, but we didn’t make it to Rome. Julie was a trooper in all of this. She needed confirmation that this wasn’t the end of our trip, that we would eventually make it on a flight with two valid passports. After a couple of days of work, it was confirmed: we were going to Rome.

You’ll remember from the previous post that there were four areas that we needed to solve. Here’s how they turned out:

Airlines just plain don’t like to give you things for free. I called Delta on Friday to rebook our Rome flights for October and they told me no. I reasoned. I pleaded. But it was of no use. Despite the fact that we were told we were going to be able to rebook for whenever we liked, I couldn’t convince any agent (I called multiple times) or any manager to rebook for Columbus Day weekend.

This was the point where I needed to make a decision on how to act: I could either give up and try again another day or I could try an negotiate a different weekend. October was our first choice, but our second choice was over Memorial Day weekend. While not completely giving up October, I asked if there were any other weekends we could be booked. At first, the manager told us it could only be rebooked this February. Luckily after going through several other dates, I finally arrived at Memorial Day. After some coaxing of the dates and times, we finally settled on the Friday-Tuesday of Memorial Day weekend. Both of us had given in from our original positions to compromise on a date or time. While I wasn’t technically given what I was promised, it was worth it to me to get this booked for a weekend that was acceptable rather than fighting Delta for what I was told I was owed.

The one dim spot in this is that we weren’t able to get the hotel totally refunded to us. Citibank took care of the negotiating and the best they could do was the cost of a one-night stay as fee for cancellation.

Most of the time, I like negotiating these kind of things on my own. But this was one of those instances where I was happy to let Citi take care of it. Could I have gotten the whole thing refunded to me? Probably. But, the cost of a one-night stay was worth it to me to not have to deal with calling internationally to a country where I do not speak the language. Sometimes it’s worth the money to let others take care of it for you.

While we obviously haven’t actually gone on the tours, yet. I really have to commend the company, Through Eternity, for working with us as much as they did. I emailed them about 30 hours before our tour was supposed to begin and they responded the next day saying they would allow us to move our tours for whenever our trip got rebooked. When the flights got rebooked, I immediately emailed Through Eternity. I heard back from them the next day with confirmation numbers for the rebooking of the two tours. While I obviously can’t comment on the quality of these tours, just their flexibility alone would make me recommend the tour group.

It sucks we didn’t make it to Rome, but there are some legitimate good things that have arisen from this. First, it’s not the week before I leave for my round-the-world trip. Second, Julie didn’t have President’s Day off, but she does have Memorial Day; that’s one fewer vacation day that she’ll have to take. Finally (and maybe best of all), Delta gave us the miles, qualifying miles, qualifying segments, and qualifying dollars for the trip on Friday. It’s not a lot, but it’s more than we would have had before.

Julie’s still feeling some guilt about her passport being the cause of us not going (which, she shouldn’t, at all). But next time I see her, I can finally answer her question of when we’re going to Rome.