Mommy Points on Barclay adding Chip+PIN to the Arrival card:

Its finally happened – a good miles and points credit card will now come with a chip and pin option! This makes traveling internationally much easier since that is the standard in many countries, and sometimes even required at unmanned machines in train stations or similar…Current Barclaycard Arrival World MasterCard card members will receive the new Barclaycard Arrival Plus card, with chip technology, when their current card expires. They can also request the newly enhanced card right now…

For those who don’t know, there are several countries (mainly in Europe) that don’t swipe credit cards. Instead, you put the card into a slot on a small keypad and type in your PIN to validate the transaction (instead of signing). Most places I’ve been allow Chip+Signature2, but every now and then I’ll see some place (usually an automated kiosk) that requires Chip+PIN. 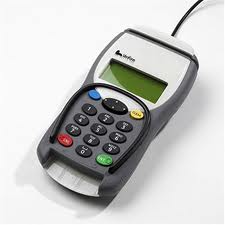 Because I’m heading to Rome next weekend, I had Barclay rush the card to me. I’ll report back any problems, but one thing I found out while activating is that the card needs to be used somewhere other than an automated kiosk before the PIN can be used at an automated kiosk. This shouldn’t be too big of a deal; grab a sandwich before buying your train ticket.

Let’s hope that more banks add the Chip+PIN to their cards. But for now, if you’re traveling to Europe, you really should have the Barclaycard Arrival.