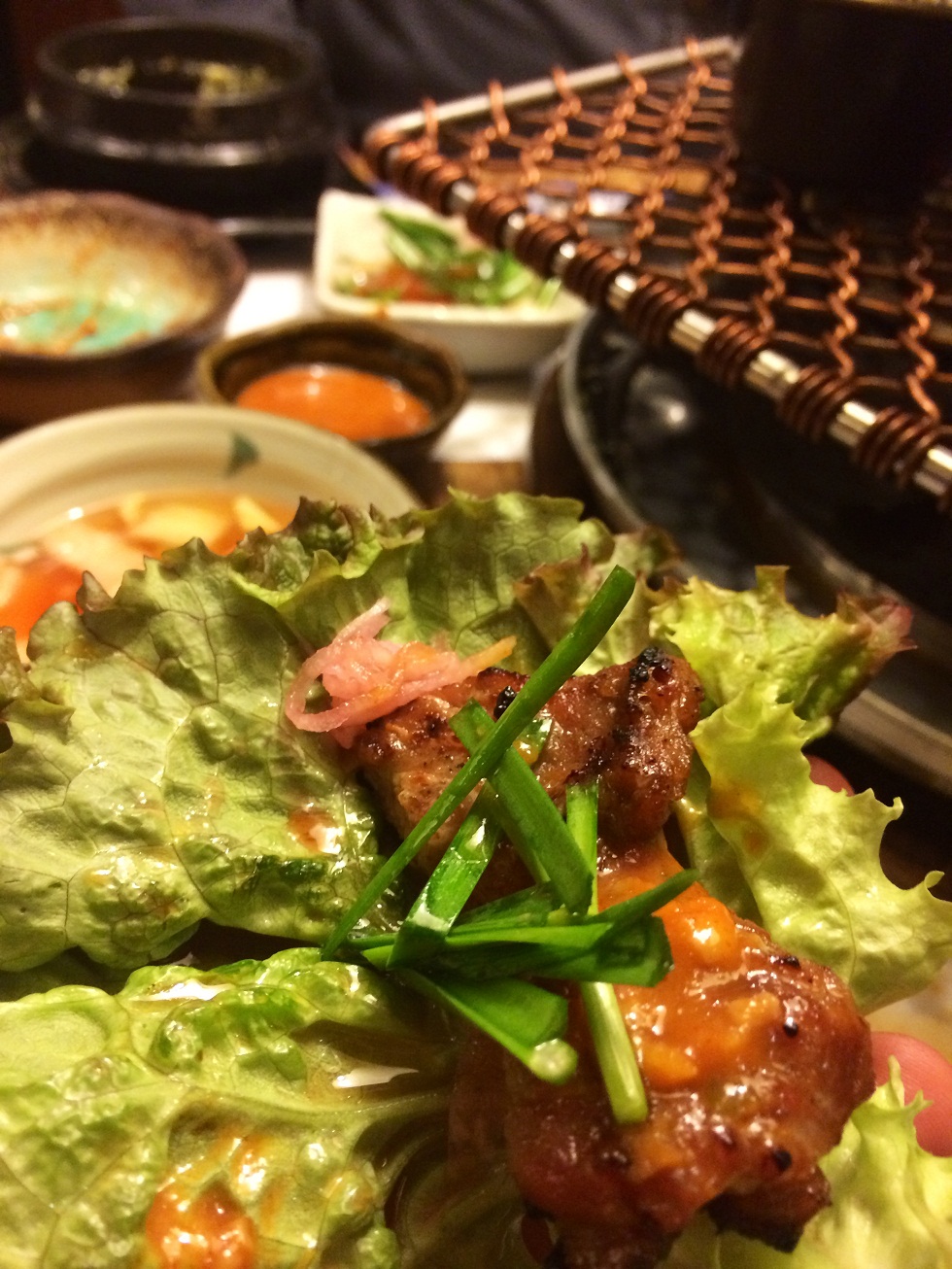 Seoul is by far the most different place from what I’m used to that I’ve been. Most of my travel centers around taking quick trips; unfortunately, the distance from the US doesn’t make Asia conducive to those. It’s not that I don’t have any interest in Asia– I want to see everywhere– it’s just that the money and the timing hasn’t really worked out until now.

Any ideas I had in my head about what I’d get to see were quickly dispelled. I take quick trips to South America and Europe, but there’s no quicker trip than what I spent in Seoul: our flight arrived in at 6pm and left at 10am the next morning. 16 hours. And I thought 39 hours in Sydney was a crime.

I’m lucky to currently have a good friend who teaches at a university in Korea who was more than happy to hop a train into Seoul for a night out in the city. Jeff Weber, was pretty much a godsend when trying to navigate the city. It’s not that it’s unorganized–on the contrary, it’s ridiculously efficient–it’s just that Korean and English are so different, that there’s no way to tell where I was going by just trying to figure out words on signs. Luckily, most signs are also in English. But unlike in South America or Europe, the signs that aren’t in English, I had zero chance of deciphering. Jeff had navigated Seoul before, so he was able to meet us at the entrance to the metro and then get us to Seoul’s busy Time Square and our hotel.

The hotel staff spoke great English, so checking in and getting to the room was no problem, at all. But the one thing the three of us worried about was how to find somewhere (anywhere!) to go. We knew about ten Korean words and phases between us; we weren’t going to get far.

Luckily, the concierge at the hotel had solved this problem for us. We gave him a general idea of what we wanted and he wrote out three pieces of instructions for us: a card to give the taxi driver telling him where we wanted to go, a menu telling the restaurant what we (approximately) wanted to eat, and a card to give a taxi driver to get us back to the hotel.

The restaurant was insanely delicious. Similar to fondue, we cooked the meal right at our own table. The first thing that arrived were the sides, several vegetables and some soups that would compliment the main course of the meal. The server then brought out several different cuts of pork that simmered over charcoal right on our table. It was predictably spectacular, the meat was flavorful and the sides went with it well. Also, while the Koreans have a different word for it, luckily for us “beer” seems to pretty much be a universally understood concept.

After dinner we made it out for a couple of more drinks at many different places. The goal was just to see whatever we could see. Oh man, I think we saw it. We rolled back into the hotel so late and so tired that we were lucky to even have an alarm set. I’m not sure it was even of any use to go to sleep. Thankfully, we made it up and out in a relatively good state. The three of us took a cab to the train station and shared breakfast before we went our separate ways: Jeff back to Daegu, Mike and I back to Incheon.

We didn’t get to see much of Seoul, but our experiences in Sydney helped us realize that not seeing everything doesn’t mean we saw nothing. Instead, we laughed about we did see, pined for more time to see what we didn’t, but didn’t lament any portion of our time in Korean capital.

Seoul is very different from what I’m used to, but once I realized just to embrace the difference and be willing to make mistakes, it really opened up the city to me. I pride myself on being a good traveler; I tend to know a lot about where I’m going and thus make few(ish) wrong decisions. Seoul was different. I made mistakes all the time. But, that’s OK. Making mistakes– embracing the differences– is how you learn a new culture. I shouldn’t try to change it or make it what I want, I should just go with it and enjoy the contrast from what I’m used to. I’m thankful I did.

Greetings!  Mike and Jordon are currently traveling.  We’ll be writing about this destination once we complete this leg of our journey.  Check back soon for our trip report.  In the meantime, why don’t you visit our Travel Tracking Map at http://leapforwardtravel.com/atw2014.